The Municipality of Thessaloniki has chosen the efficiency and high power of GALILEO floodlights for the LED lighting of Aristotle Square, the most important landmark in the city.

Located right in the heart of the city, “Aristotelous Square”, with its monumental architecture, is considered the central and historic square of the city. Its extraordinary view of the Thermaikos Gulf as well as the Olympus massif in the distance, make the square a place worth visiting in Thessaloniki. Aristotele Square is one of the few European squares stretching towards the sea and is the urban reference point for citizens and tourists of the city with its monuments, restaurants and cafes. The public lighting project for the square was entrusted by the local Municipality to AEC Illuminazione which, collaborating with local partners, was able to provide solutions with low energy consumption that guaranteed high performance and visual comfort at the same time. 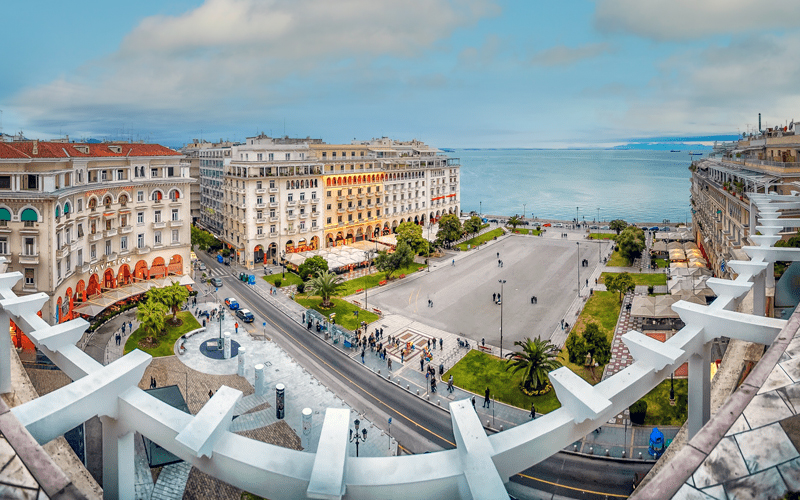 Thessaloniki in a new light

LED lighting of the most important public square in the city

In the great fire of 1912, most of Thessaloniki was completely destroyed and had to be rebuilt. A few years after the fire, however, the French architect Ernest Hébrard proposed an infrastructural expansion project for the city, starting the construction of numerous public areas including the Alexander the Great Square, which was immediately renamed “Aristotelous Square”. After long planning, in the 1950s the Aristotle square was built in line with the urban evolution of the time. The urban plan featuring U-shaped streets soon became the most popular meeting place in the city. Today, in the lighting solution designed by AEC for the new lighting of the square, the Municipality has managed to guarantee citizens a uniform and clear lighting of the square, for an increase in safety and energy efficiency.

Choosing LED technology, as well as representing an advantage in terms of energy efficiency, also means having the opportunity to improve safety in public places and enhance urban spaces. In this case, the conversion of the LED lighting in Aristotelous Square, in addition to bringing significant energy savings to the Administration, has made the symbolic place of the city safer and more usable. Find out how LED lighting can improve citizens’ usability of urban areas and public squares.

The beating heart of the city of Thessaloniki, Aristotle Square is one of the few European squares directly reaching out to the sea. It was designed by the famous French urban architect Ernest Michel Hébrard and completely rebuilt following the great fire of 1917 that destroyed the city. Before the intervention, the electrical system was composed of discharge lamps.

The Municipality of Thessaloniki has chosen the efficiency and high power of GALILEO floodlights for the LED lighting of Aristotelous Square. The goal was to ensure greater visibility and safety in a ​​high traffic area: given its large size, demonstrations and events are often organized in Aristotele Square.

The conversion of LED lighting throughout the square has brought significant energy savings to the local administration, while at the same time ensuring maximum visual comfort for people. The result is perfect uniformity of light and better visibility at any time of the night.

The LED lighting of Aristotelous Square has made it possible to achieve great energy savings for the Greek Municipality.

The optical specifications for LED lighting of large public areas guarantee uniform distribution of the luminous flux throughout the square for a better visual experience of citizens and tourists.

Thanks to quality lighting, Aristotelous Square has become even more of a meeting point for citizens and tourists of the city, increasing its reputation.

Discover the product used for LED lighting in Aristotle Square 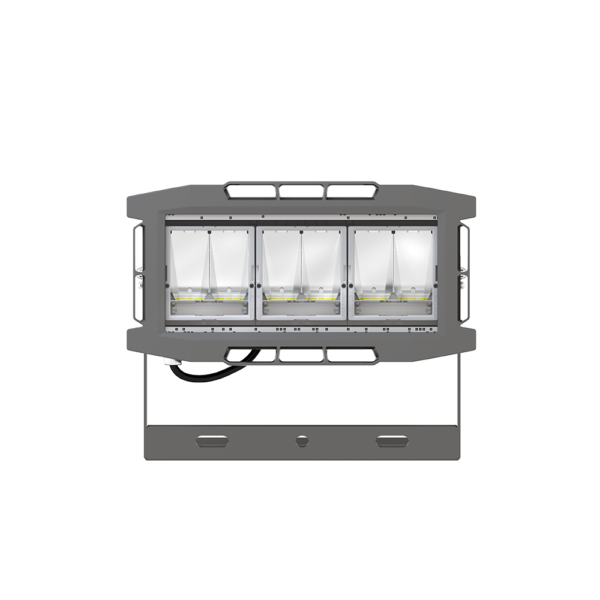 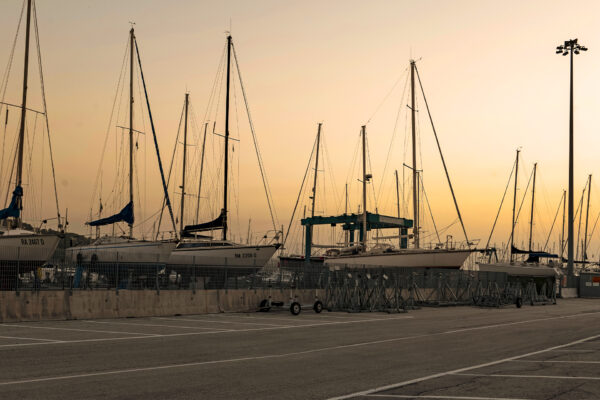 Discover the LED lighting project of the tourist port of Ancona realized with high-mast for turistic ports. More visual comfort and safety for people. 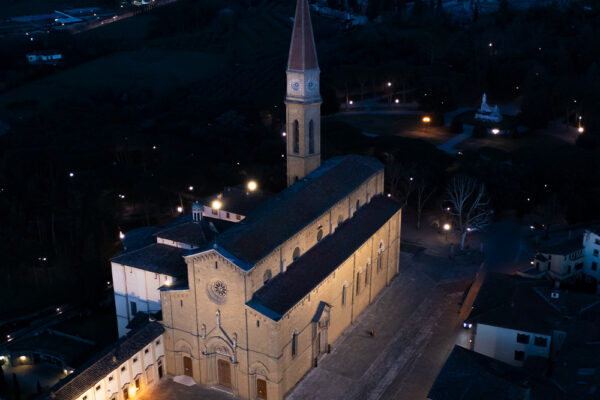 Discover the LED architectural lighting project of the Arezzo Cathedral in Tuscany. AEC floodlights have been chosen for their performance and quality. 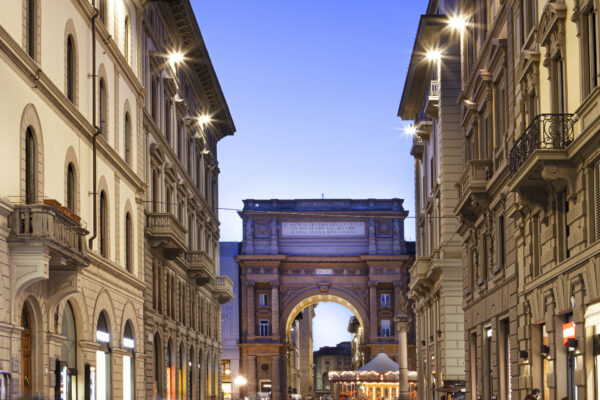 Discover the lighting project of the city of Florence in Tuscany. AEC has installed both architectural and street lighting products improving safety and light quality. 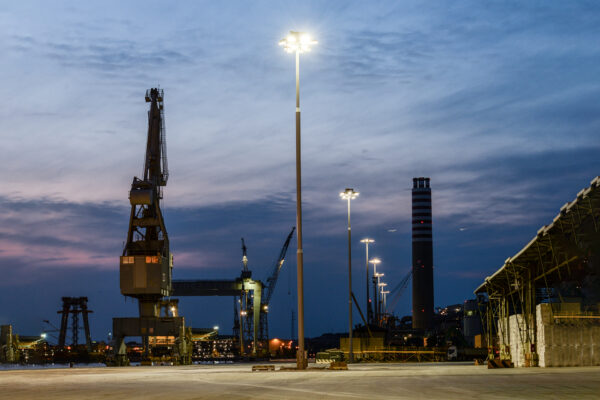