The importance of redeveloping a street with LEDs

Give value to the city and increase road safety

The importance of redeveloping a street with LEDs

Give value to the city and increase road safety

The use of LEDs in public lighting has significantly changed the concept of maintenance. Compared to traditional public lighting (made with sodium vapour lamps, fluorescent lamps or metal halide lamps) which made it necessary to replace the bulbs even every year, LED lighting, thanks to recent technological upgrades, reaches and exceeds 100.000 hours, or over twenty years of operation. An incredible advantage both for municipal administrations, which do not have to constantly spend on the maintenance of street lights or worry about spare parts, and for citizens, who no longer incur frequent breakdowns and continuous reports.

Another advantage of public LED lighting is the colour temperature of the source which can be changed. Colour temperature is a physical quantity and is measured in Kelvin degrees (K) and determines the hue of light. The lower the Kelvin number, the “warmer” the light is, the higher the number the more “cold” it is. LED lighting does not have a specific colour temperature, but can be modulated according to the required application. A study by Virginia Tech Transportation Institute (VTTI) has shown how 4000K LED public street lighting allows drivers to identify the presence of pedestrians and obstacles more easily and at greater distances than other colour temperatures examined, both higher and lower. Consequently, the 4000K could be considered the ideal choice from the point of view of safety on roads with the presence of pedestrians and cyclists.

Make your city a safe and efficient place

Make your city a safe and efficient place

Why do we use Kelvin degrees to indicate colour temperature?

The colour temperature, as we have seen, is a scientific value, expressed in Kelvin degrees, which we associate with the different colour shades of the light emitted by a lighting fixture. On a scale ranging from 1000 to 12,000 the higher the number of degrees Kelvin, the bluer (cold) the light will appear vice versa, the lower the number of degrees Kelvin, the more the light will tend to yellow (warm). In physics, Kelvin degrees are used because it is the same unit of measurement that defines the temperature at which stars burn. The stars, in fact, emit light by burning large quantities of gas. The temperature at which these gases burn is measured in degrees Kelvin and, as the temperature changes, the colour that the star emits also changes: colours ranging from yellow, white and blue. For example, if a star burns at temperatures ranging from 2700K to 4000K, it is a yellow star.

The LED doesn’t pollute and doesn’t contain dangerous substances: it’s essentially composed of silicon dust and does not have other harmful gases or toxic substances, unlike fluorescent lamps and discharge lamps (metal halides and sodium vapors). The LEDs produce energy through an electronic component which, thanks to the passage of a minimum amount of electrical energy, emits a light without infrared (IR) and ultraviolet (UV): no part of the energy that is transformed into light is outside of the visible spectrum. Furthermore, as they do not contain mercury or other substances dangerous to human health, they are easier to dispose of (despite being WEEE waste) and are 95% recyclable.

What is WEE waste?

The abbreviation WEE indicates Waste from Electrical and Electronic Equipment, which is what remains at the end of the life of the equipment that required electric currents or electromagnetic fields for operation. RAE has been divided, on the basis of homogeneity characteristics, into 5 groups:

The treatment of RAE guarantees enormous environmental and health benefits but the elimination and safety of dangerous substances, such as mercury present in traditional public lighting lamps, has a high cost and the recovery of materials, which can be used for new applications, is more limited.

The treatment technology used for fluorescent tubes, for example, is the crushing called “crush and sieve”, which consists in the shredding of the light sources and the consequent separation of the individual components and capturing, through suction and filtration processes, of the mercury and of fluorescent powders. The remaining glass washed and shredded, can thus find new applications in building products (for example glass wool and insulation) or in the vitrification processes of tile surfaces.

An end-of-life LED public lighting fixture is recyclable almost in its entirety (on average over 95%) and does not require special processes for capturing gas or other polluting materials during its disposal: a fair economic advantage, both for the realization of the process itself that for the environment.

Another advantage of public LED lighting  is to drastically reduce carbon dioxide (CO2), emissions, the main cause of the greenhouse effect. LED streetlights use much less energy than traditional sources, consequently, the consumption in kW/hr per year is much lower and contributes to the reduction of CO2, for more eco-sustainable cities. Choosing to convert public lighting to LED is, therefore, a valid strategy for reducing energy costs and the carbon footprint on the planet. 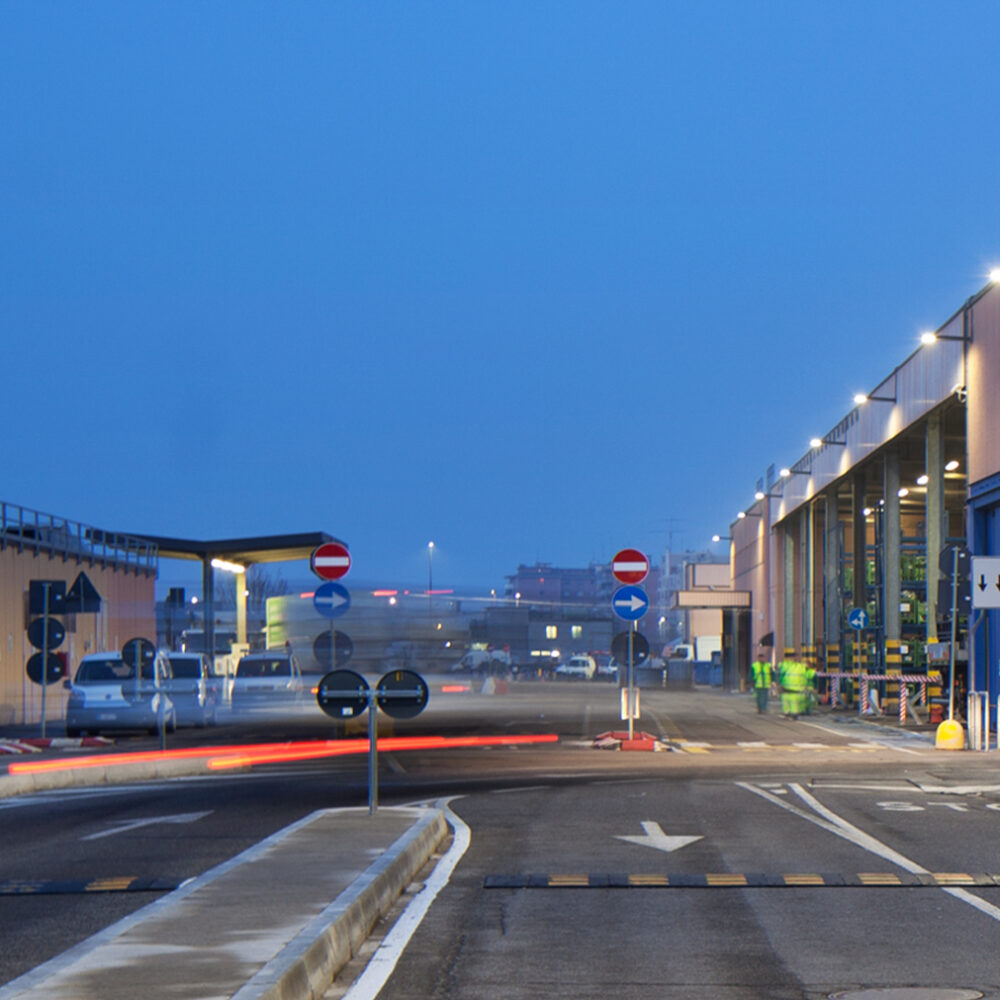 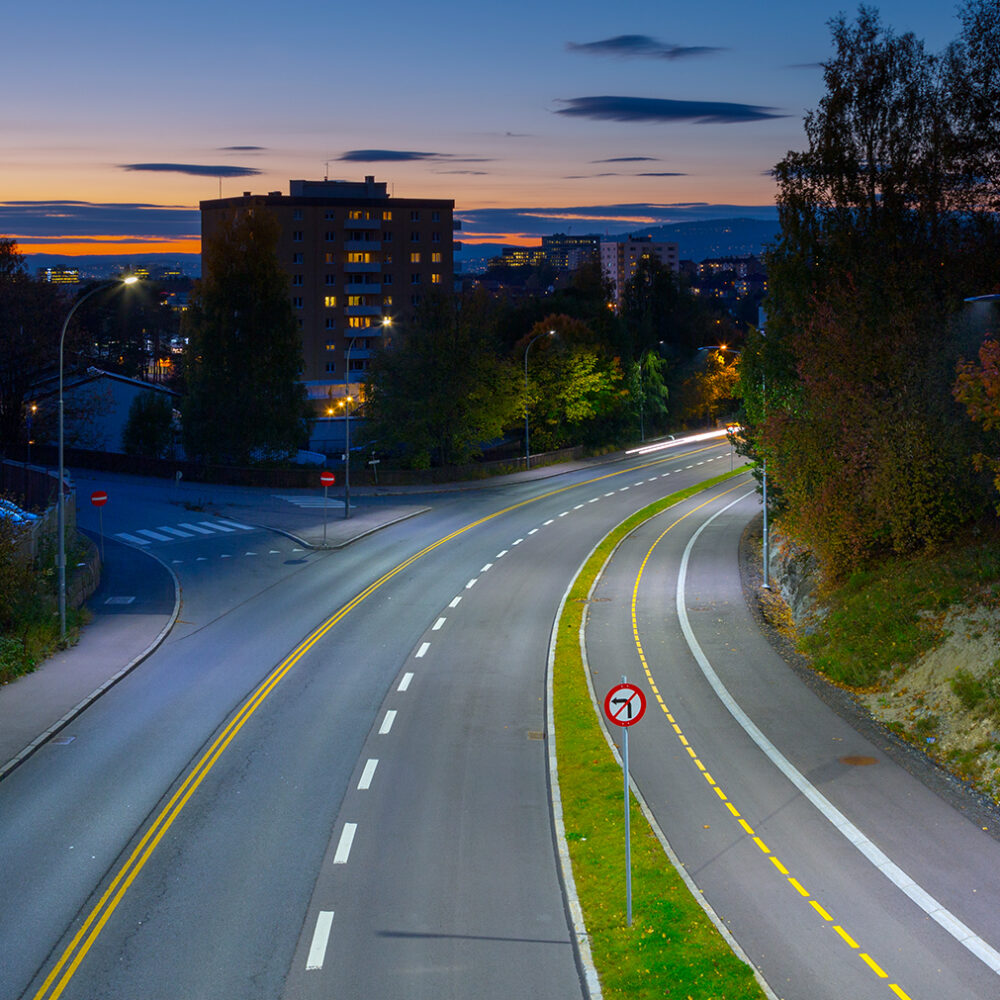 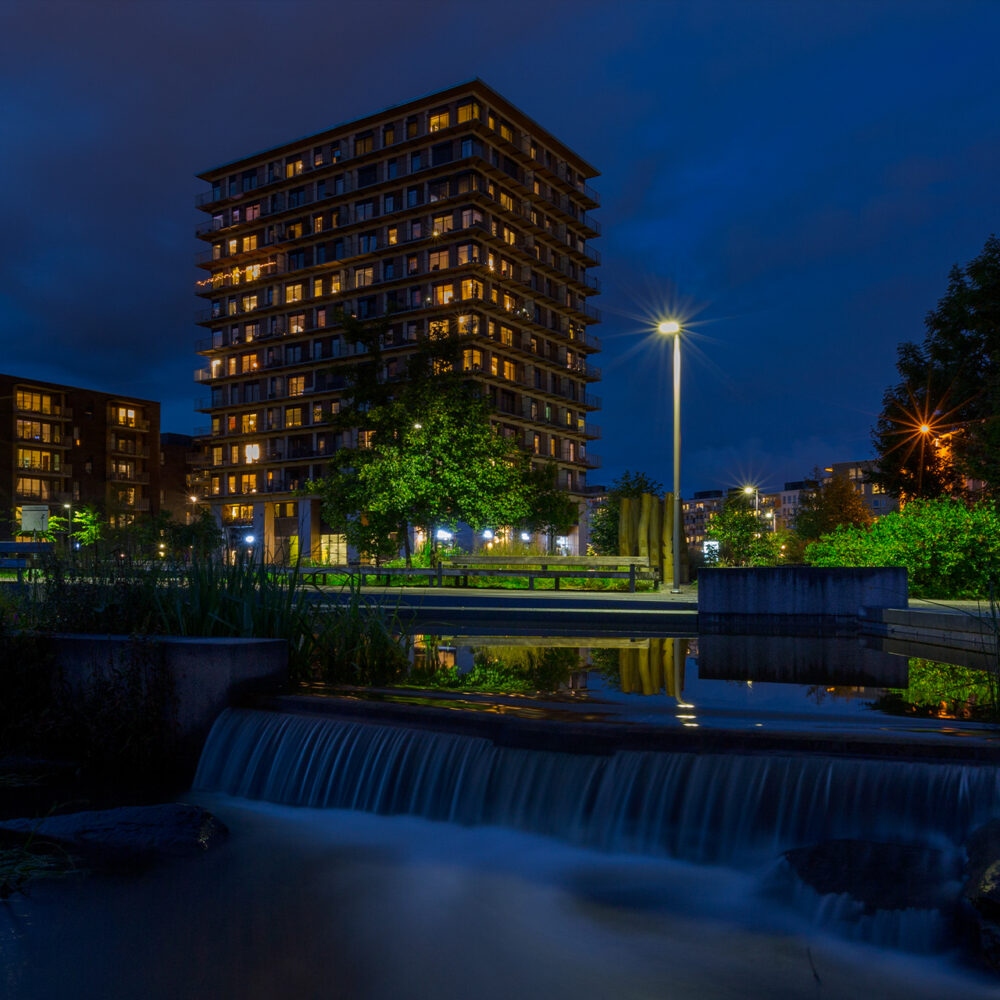 All the advantages of LED public lighting.

All the advantages of LED public lighting.

What does the word LED mean?

The acronym LED derives from the English phrase Light Emitting Diode. The LED represents the evolution of solid-state lighting, in which the generation of light is obtained using semiconductors rather than using a filament or a gas.

When was LED technology born?

LED technology was first developed in 1962 by Nick Holonyak Jr. while working for General Electric. By exploiting the properties of some semiconductor materials capable of emitting photons, and therefore light, following the application of an electric potential. The first practical realization of an LED took place in 1968, with the production of devices that emitted light only in red colour. The first LEDs in question, however, had very low power, for this reason, they were not sufficient to illuminate the space. They were therefore only used as a substitute for classic indicators or in seven-segment displays. 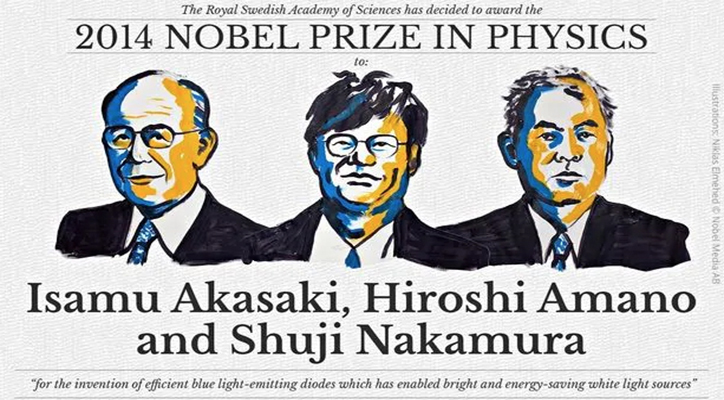 Who is Shuji Nakamura?

The revolutionary inventor of the blue light LED.

The real breakthrough in the development of LED technology as a source of lighting came in the early 90s thanks to the brilliant intuition of the Japanese physicist Shuji Nakamura. Shuji Nakamura together with Isamu Akasaki and Hiroshi Amano (then awarded the Nobel Prize in Physics in 2014) managed for the first time to generate a beam of blue light from semiconductor materials. Until then there were only red and then green light LEDs, but in both cases, it was not possible to produce white light from these devices, which, among other things, had very low power. The green and red diodes, in fact, without a source of blue light did not have the possibility of creating a white light that summed the three components. For years, overcoming this obstacle has been a real challenge for physicists all over the world, seeing enormous technological potential in the LED. 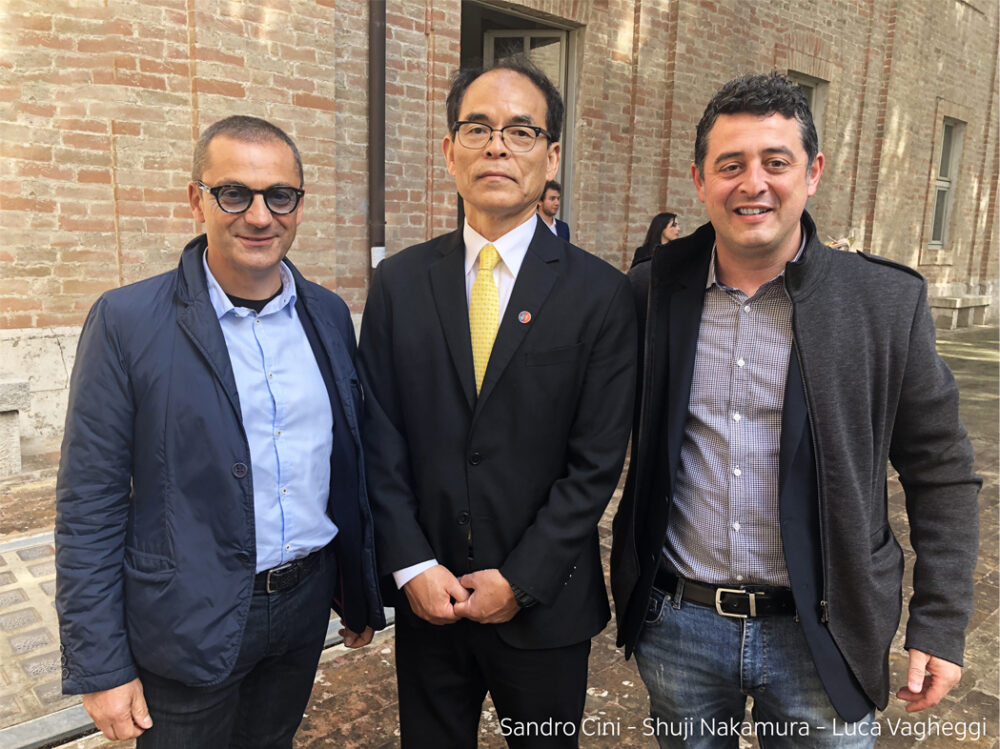 The revolutionary discovery of the blue LED light

In 1993 at Nichia Chemical Industries in Japan Shuji Nakamura managed to create the first blue light LED using a different semiconductor. The importance of the invention was considerable because blue is a primary colour and by combining the three basic monochromatic lights (red, blue and green) through special software, it was possible to obtain white light (and lights of any other colour). From that brilliant intuition, the first multi-chip LEDs (with three chips of the three fundamental colours) with white light were born, which, in a few years revolutionized the entire sector, thanks also to their energy efficiency, starting a fundamental transformation in the field of lighting and in the whole world that has continued over the years until today. Precisely for this reason, the joint invention of Shuji Nakamura, Isamu Akasaki, Hiroshi Amano was awarded the prestigious Nobel Prize in 2014.

All the advantages of public LED lighting

At what point is the public LED lighting?

Still, many facilities have outdated technologies

Despite all the indisputable advantages of public LED lighting, the road tototal energy efficiency is still long, with the replacement of old lighting technologies with efficient LEDs. According to a survey by market analyst Arthur D. Little,  this is less than 15% of the 320 million LED street lights installed worldwide. The European average is even lower but with profound differences between cities and various geographical areas: in Milan, for example, since 2015 00% of street lights are LED. 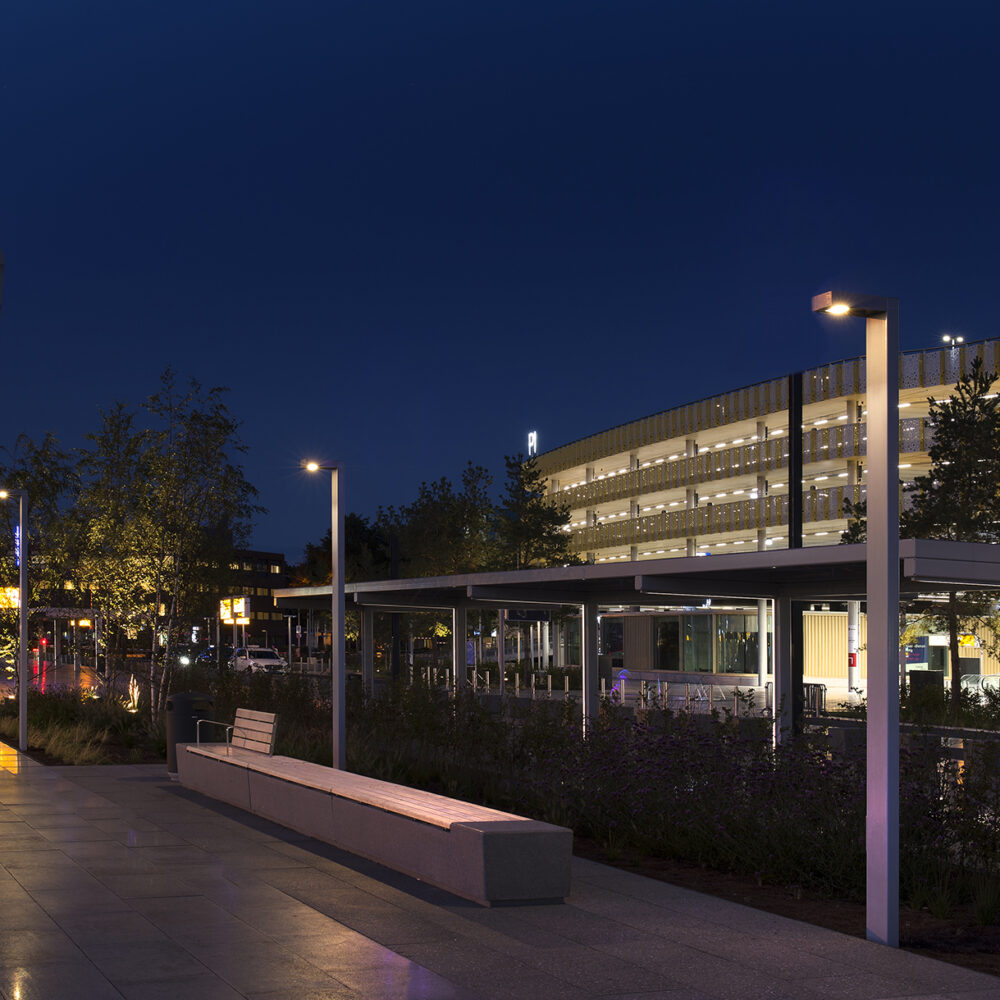 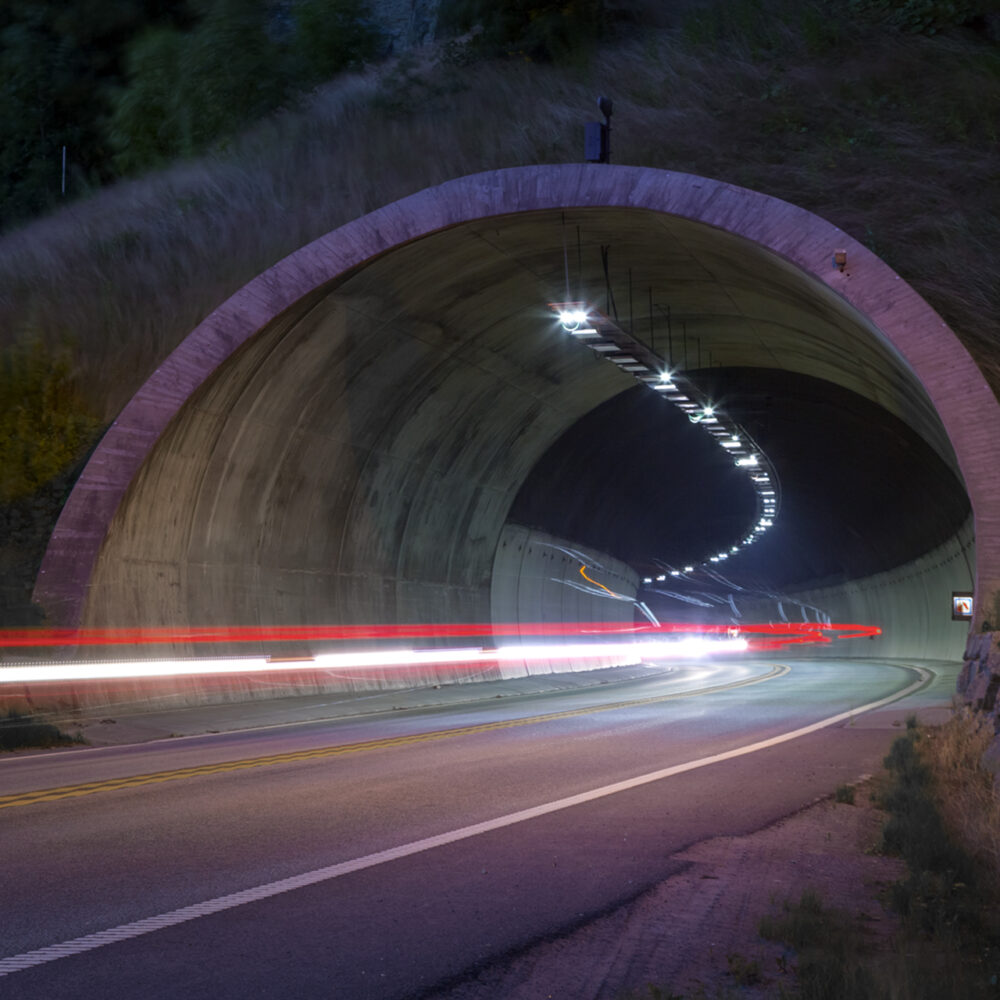 Why redevelop with LED a tunnel? 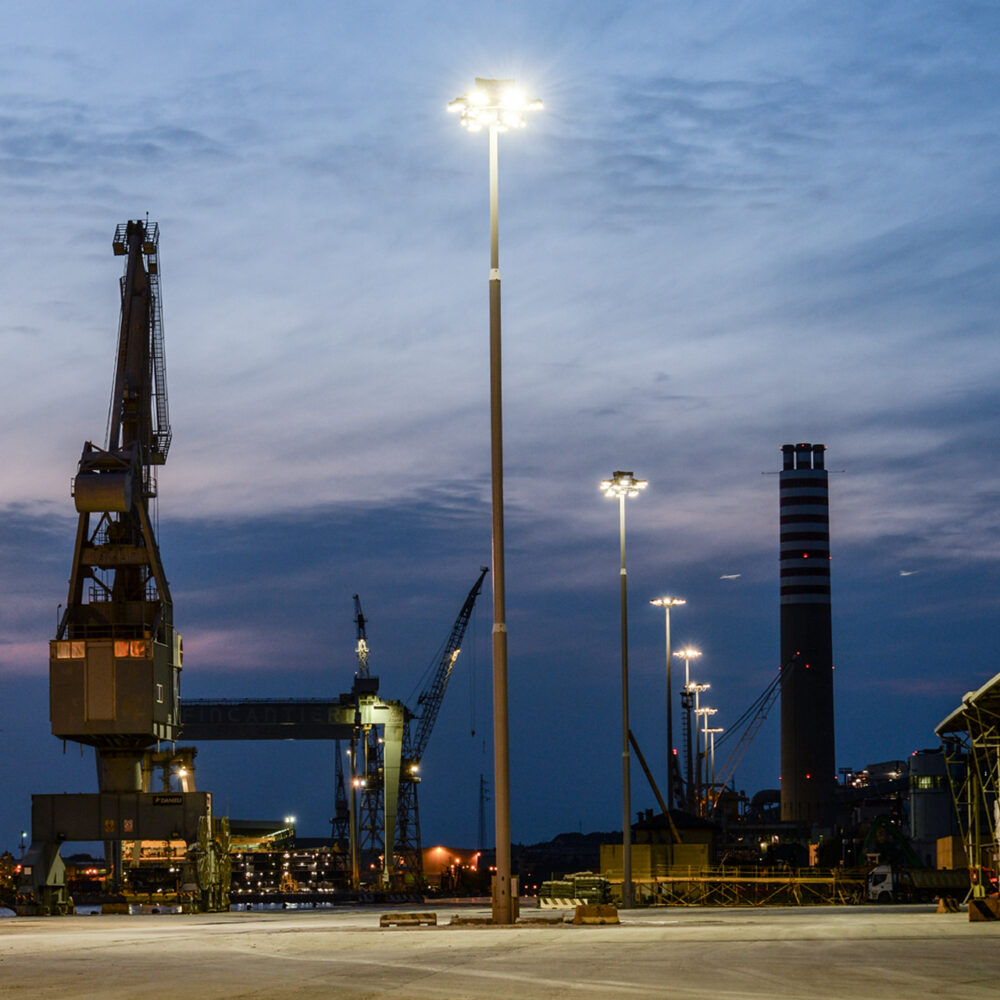 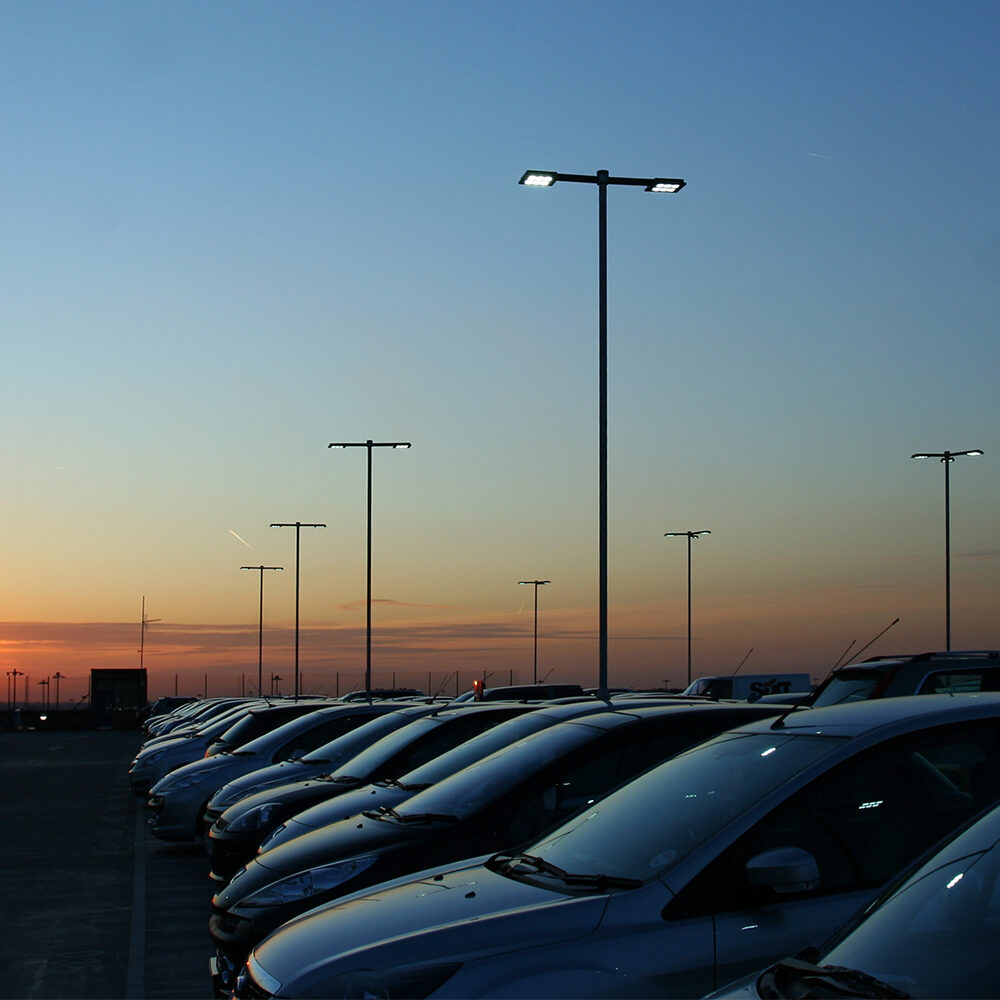 How to make parking safer and more efficient? 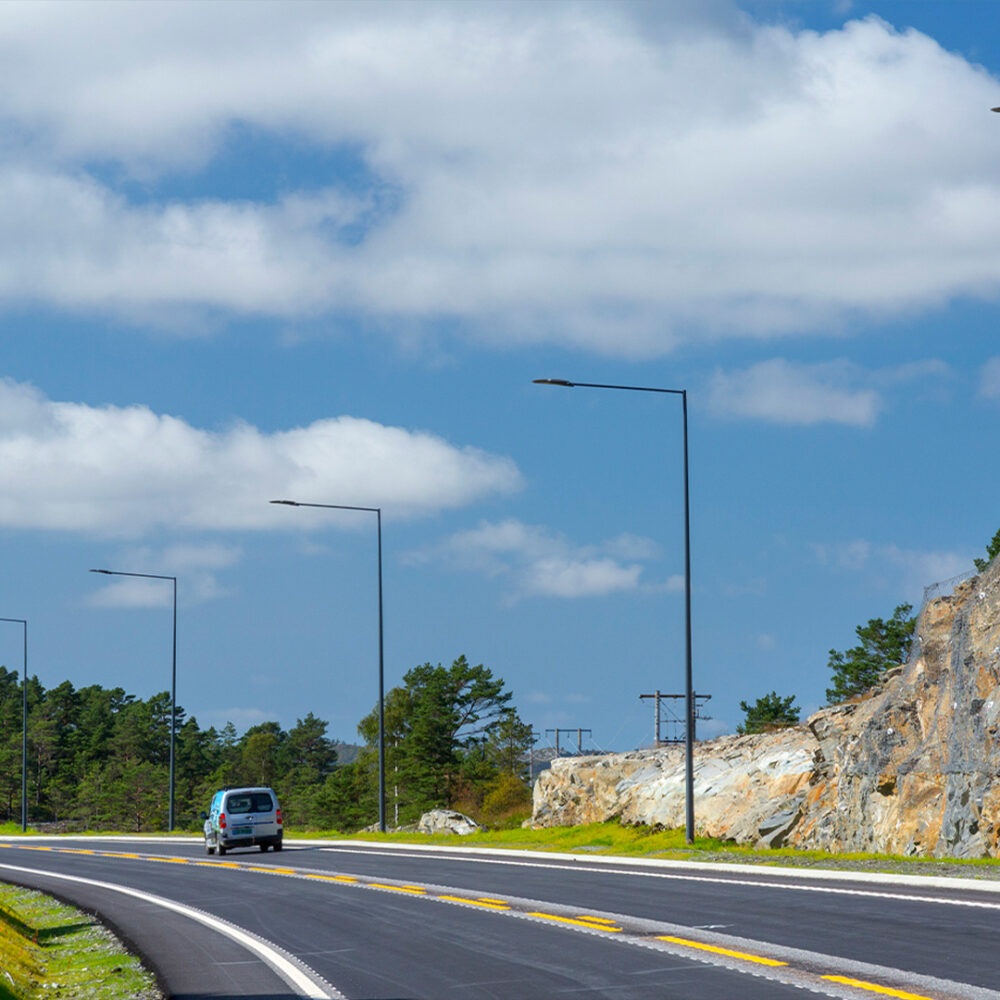 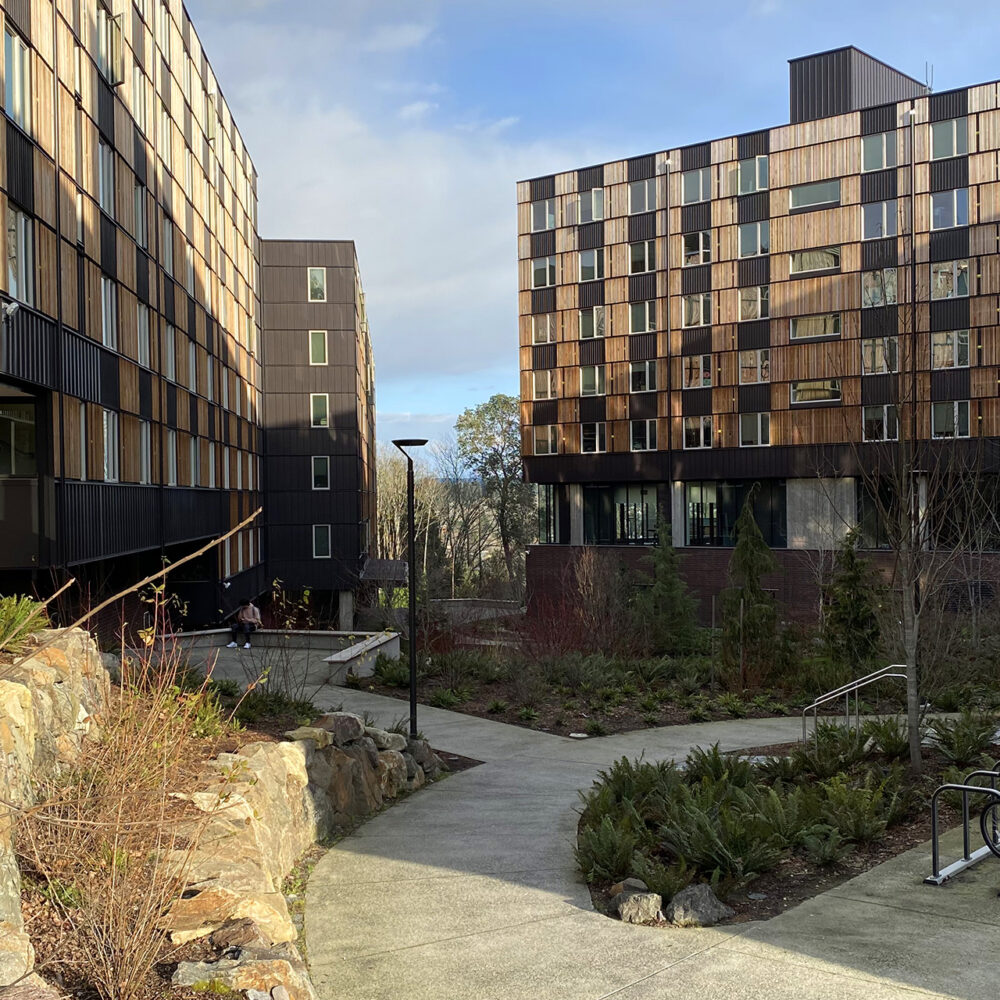 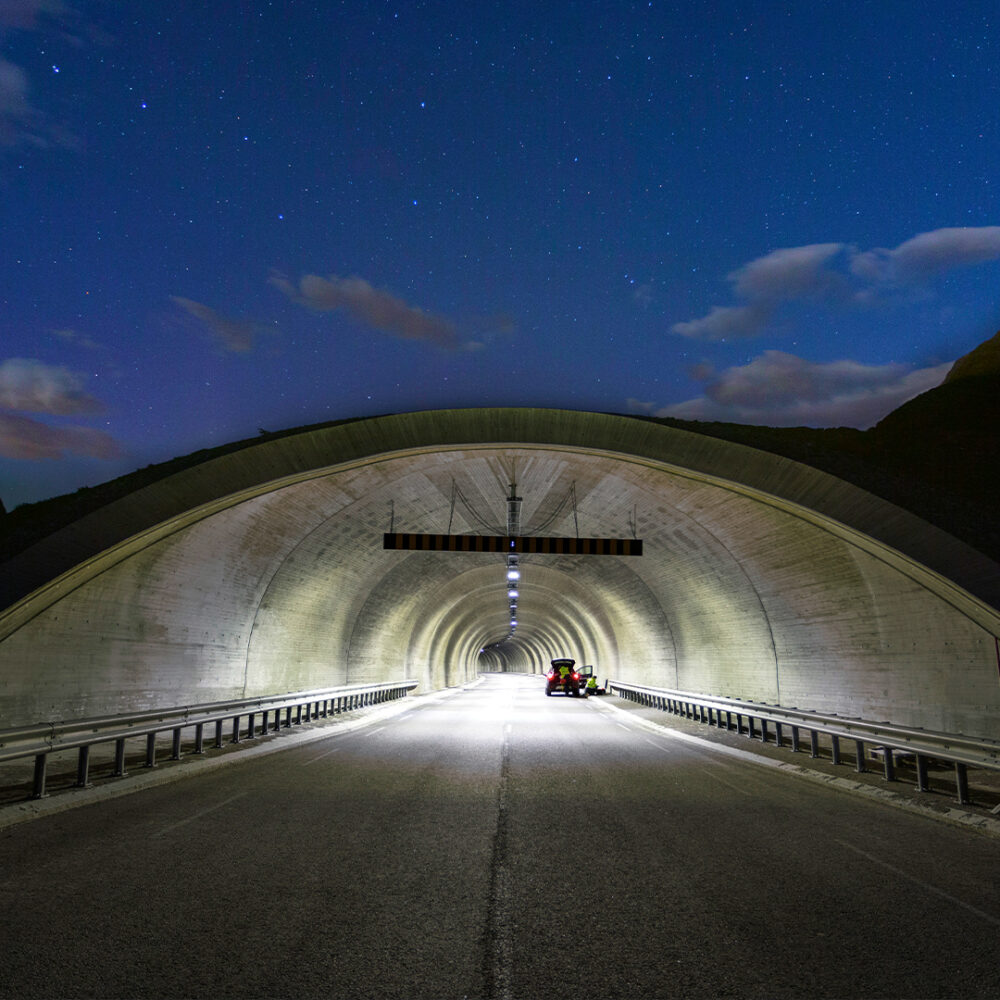